Dr. Muhammad IqbalHomeopathic Skin and Beauty Clinic
General Health February 1, 2011
A chronic disorder with recurrent attacks of wheezing and shortness of breath.
It affects all ages but 50%of the cases are in children under age 10(boys with asthma outnumber girls)In adult onset asthma,women are more often affected than men. 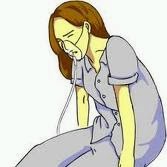 Chest tightness and shortness of breath.

Overactivity and spasm of air passages(bronchai and bronchioles)followed by swelling of the passages and thickening of lung secretions(sputam)The decreases or closes off air to the lungs.These changes are caused by:
Allergens,such as pollen,dust,animal dander,molds and some foods.
Lung infections such as bronchitis 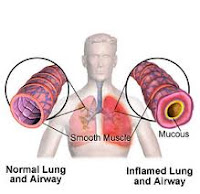