Stress refers to physical or mental demands that require and increased response from the body.Stress can be caused by changes in daily routine,including changes for the better getting married or having a baby-as well as for the worse losing a job or getting divorced.The greater the change,the more stress you will suffer.A single major event such as the deah of a close relative may on its own equal the stress resulting from an accumalation of smaller changes such as a new job,a move to a new house or a trip abroad.
The effects of stress
A certain amount of stress can be beneficial when it excites and stimulates the body and so improves performance.However,as stress levels cotinue to rise,helpful stimulation becomes replaced by fatigue and if stress is not reduced,may increase suceptibility to physical and mental illness,everybody has a different level of tolerance to stress,some people never seem to suffer harmful effects from seemingly high levels of stress in their lives,while others can cope with only a few changes at any one time without becoming anxious,depressed or physically ill .

Some of the most common disorders that may be caused by or made worse by stress or listed below.

Mental and emotional  problems such as anxiety and depression
Asthma 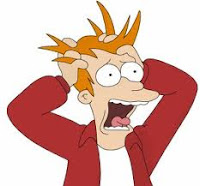